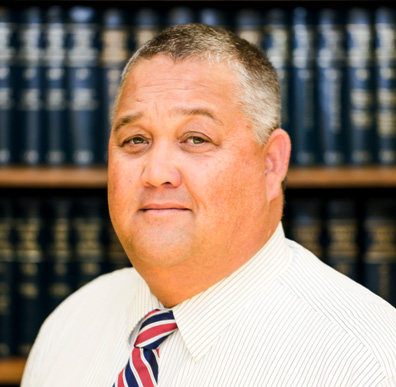 Richard H.S. Sing was born and raised on Oahu and on the Island of Hawaii. He attended the Kamehameha Schools, and is a 1986 graduate of the Hawaii Preparatory Academy in Waimea, Hawaii.

Following his graduation, Mr. Sing worked as an associate attorney at one of Hawaii’s largest and most respected law firms. While in their employ, Mr. Sing specialized in complex civil litigation and immigration. Because his interest lay elsewhere, Mr. Sing accepted a position at the Office of the Public Defender in 1997, where he remained until 2003, when he founded the long time criminal defense firm of Hawk Sing & Ignacio. Since 2016, when that firm dissolved, Mr. Sing has practiced in the area of criminal defense as a solo practitioner with the Law Offices of Richard H.S. Sing.

Through 20 years of criminal defense practice, Mr. Sing has handled all levels of criminal defense in all jurisdictions within the State of Hawaii. He has extensive experience in misdemeanor matters, criminal family court matters, and complex felony cases. Mr. Sing had spearheaded the successful defense of many difficult cases including high publicity matters, white-collar crimes, public corruption cases, serious violent felonies, and drug prosecutions.

Mr. Sing also focuses on the difficult and tumultuous area of restraining order prosecution and defense, as well as administrative and licensing matters related to professional misconduct.

Mr. Sing has been a Barrister with the American Inns of Court, and is a past member of the Board of Directors for the UH Law School Alumni Association. He has lectured on legal issues related to domestic violence and the defense of juveniles within the criminal justice system. Mr. Sing is the past president of the Hawaii Association of Criminal Defense Lawyers (HACDL), and is currently its vice president. He is also the chairperson of the Criminal Justice and Corrections Section of the Hawaii State Bar Association.

"Rick Sing is a man of great integrity, who has been given a special gift. He knows the law, the system, and the people who work there. He navigated my way out from between a rock and a very hard place. Thank you!!" - 5/22/16 Honolulu, Hawaii "The Law Office of Richard H.S. Sing was efficient and effective in getting my case dismissed. Rick Sing knows what he is doing. I recommend him. Look no further, he is the guy you want." - 3/12/17 Mililani, Hawaii Read more